I'm starting my fourth Lean in initiative next week and wanted to update the kick off presentation that includes the number of women in leadership positions.  Turns out, I don't have to update the deck:  Key findings from the 2018 Women in the Workplace report indicates that since 2015, the first year of this study, corporate America has made almost no progress in improving women’s representation. Some reports show a 1-2% increase in women in leadership positions in 2018 - an increase, yes, but I wouldn't call that progress.

After meeting Sheryl Sandberg in 2013 and participating as a member of a Twin Cities MN Lean in circle, I was encouraged by the conversation and empowered by the results I saw women achieve through boldness and courage. I believe in this initiative, and I believe good has already resulted from these groups, but I believe something is missing - a whole lot of something...or someone.

Since my first Lean in Circle was formed - all women- it became entirely clear what problems lie ahead with this initiative.  Half of the population is missing from the discussion!

Men want to be involved.

During an event hosted by the City of Minneapolis's Lean In Initiative, the 29% Club, a Director asked what he could do to support and promote confidence and leadership for women.  This was a brave question to ask, and as I networked throughout the event, I noticed that men were visibly uncomfortable.  They wanted to be supportive but really didn't know how to fit into that role! 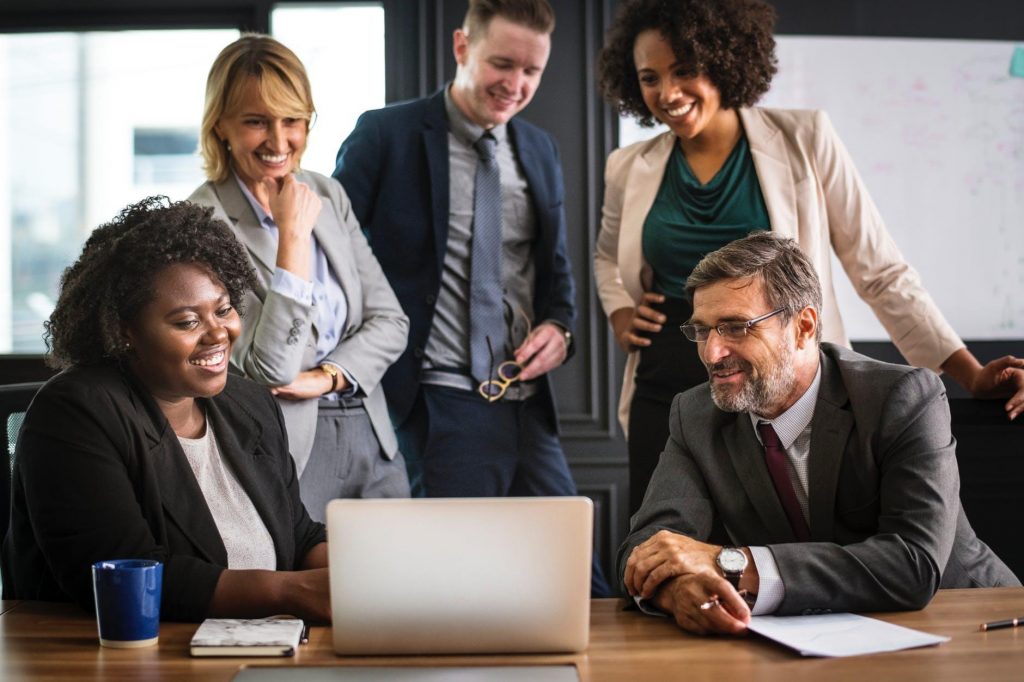 At Hennepin County, as the Chair of Lean in Hennepin, I advocated and encouraged men to be "at the table."  Eventually, men (including executives) attended the sessions and at times facilitated the discussions.  They wanted to join the conversation and share their knowledge.

Men in leadership positions,  what can you do to support women in the workplace?  Listen to them.  Don't talk over them.  Don't interrupt anyone.  Encourage her to speak up, ask for her ideas, realize that she has a different leadership style than yours - often more participatory or collaborative and less directive - and teach her what you know, especially if it's related to finance and budgeting.  Don't look to clone yourself or what you know, look to create an astonishingly awesome team together...one that you've never experienced before.  Join LIFT and learn together.

Take on some of the office tasks and the home tasks.  Be a partner and be aware of what traditional roles we play every day that actually limit our ability to build and develop great teams - and change the script.

This seems obvious but something I missed in the first run of this article:  As the majority of leadership roles are held by men, they are in more positions that offer promotions than women.  Not only do men want to be involved, they also want to support women in obtaining leadership positions but need to know what to look for and how to adjust their own hiring practices to gain equity on their team.

If you're talking to one partner, the other partner isn't listening.

In Sheryl's book, Lean In, she talks about "making your partner be your partner."  She says women are more likely to take on more of the housework at home (and in the office as well!).  If women are talking about how to do less housework yet haven't engaged their partner in the discussion, the story is only half told and therefore not likely to be successful.

Often I talk with married friends who agree to take on the cooking, cleaning, laundry and childcare if the husband will cover lawn care and "fixing stuff."  I ask them to do the math - how much time are they spending on daily chores compared to their significant other?

Now think about what that looks like in the office as women are more likely to take on cleaning and party-planning there, too.  And most of us put on make up and do our hair. You get my point: Let's do the math - how many hours are spent doing things that are important but could be better divided out as partners equally - as a team?

If we change that equation, we are asking our partner to change their behavior which, as one person reminded me in a Lean In workshop that I led, may go against their culture, tradition or religious practices!  And what's the value in doing that for them?  Read on...

It's a win-win, but it can feel like a win-lose if we are short-sighted.

Many of the men I have talked with about this topic understand the value in having women leaders at the table, but they also feel that adding 50% of the population to the next level applicant pool seems alarming.  Will it cost them their promotion?  It might, but for years, it has also cost their grandmother, mother, sister, wife, and daughters the ability to become their very best and get paid their worth.  It's greater than their promotion - it's a chance to change the future for all genders.  That's pretty cool.

We're starting the conversation and inviting all people.

If you're in the Twin Cities area and want to join the new Lean In initiative for all genders called:  LIFT (Leaders in Flight Together), sign up here.  We will meet the third Thursday of every month starting April 18th.  Mark your calendars, join us, sponsor us, believe in us.  We're intending to achieve more than 1-2% in 2020 and we know we all can do our part to make our future better.  You can create this reality with us.

Click Here to Read More of Our Blog Posts